Join the KBCC Community and stay in the loop on Ultimate Team Summit, workshops, and articles to expand your business.

Success! Please check your inbox to confirm your email address. 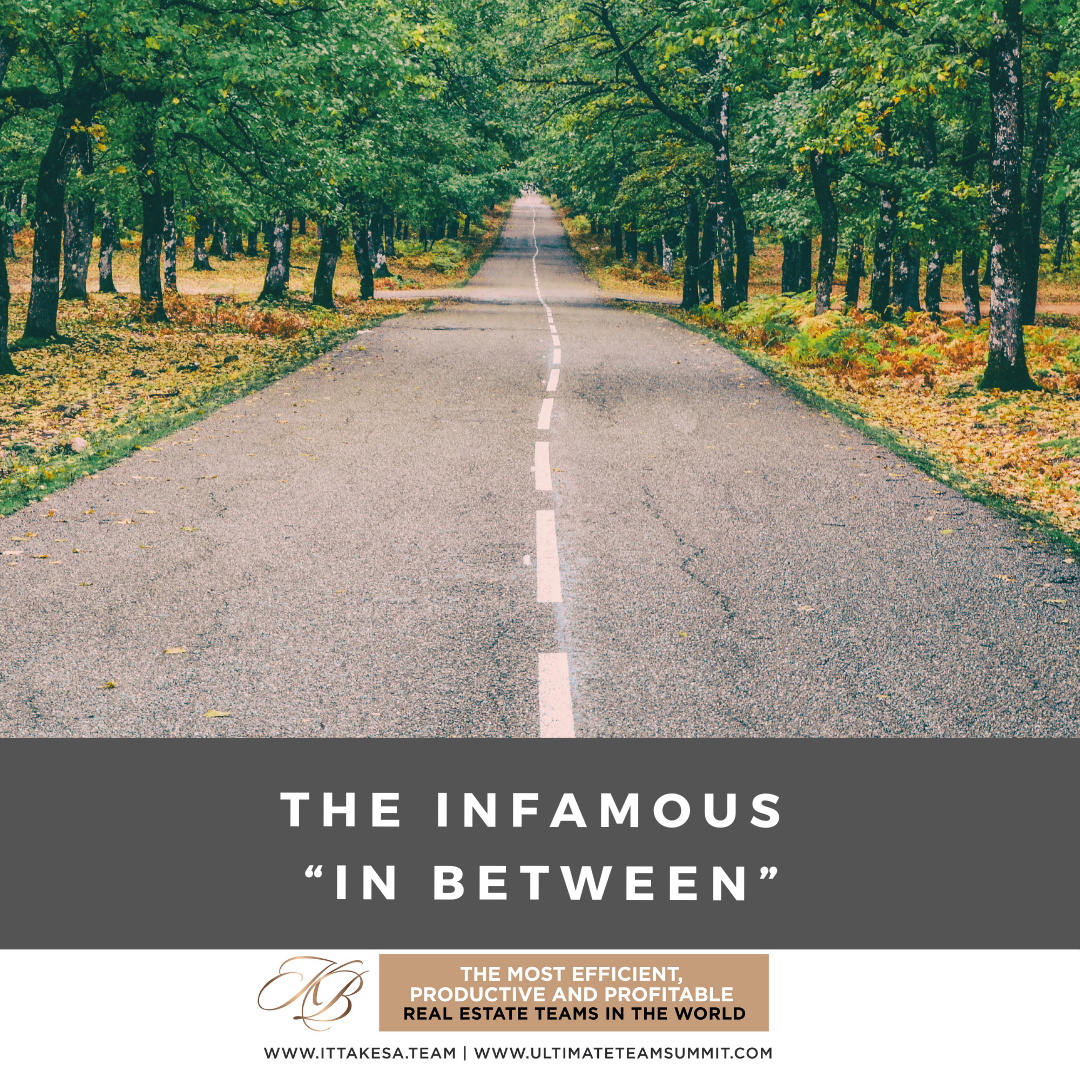 Allow this ‘in between’ to be famous. Learn to listen, adapt and move forward.

We are currently finding ourselves in an interesting predicament, something I like to call, ‘the infamous in between’. This pause we’re facing in our jobs, and in our lives, is the effect of the in between and is completely out of our control.

For some of us this is a restricting difficult time and for others, this is a positive and healthy ‘in between’ because we’re going to harness what’s going on around us and direct it towards a positive outcome.

If you’re feeling a lot of stress, anxiety or fear, it’s absolutely crucial for you to be able to do the things that will alter your state of mind. Instead of hiding, or waiting for the storm to pass, you can put yourself back into a place where you can be logical, proactive and strategic to make the decisions that are healthy for you, even amongst the most difficult environments.

Some people are finding our current situation to be the most difficult environment they’ve ever faced, while others see this as another bump in the road that they’ll be able to overcome. The key is not what’s going on around us, the key is what’s going on inside of us.

The reality you create along with your changed perspective will pivot you, your team and your business further to come out of this trying time with a stronger foundation. It is one of the biggest and best life hacks of all time, to be able to control your state of mind.

In this article, I’m going to be giving you the key process to give you tangible ways to control your state of mind, in order to pivot yourself, and your business, to come out of this ‘in between’, stronger, more strategic and more proactive.

Focus on Where you are Going

Right now, we can only focus on one of two things, we’re either planting seeds or hitting ceilings, there is no inbetween.

The power of this equation is that the outcome is what we focus on. If we’re responsive, we’re focusing on the outcome we want to get to.

If you lose your power to impact an outcome in your life, you lose all power you have in the situation.

There are three types of people right now, one of them is someone who sees every piece of goodwill and positivity as another branch, piece of wood, string or rope to help build their raft.

There are people in the middle who are bobbing, and they’re waiting to see what’s going to happen, will they have to start scrounging up materials, or will the help they’re so desperately waiting for, finally show up?

There are also a small fraction of people right now who are frozen and underwater, because they were too scared to believe in the unseen, and instead of pivoting themselves and their businesses, they’ve spent too much time bobbing around, and they’ve gone under.

The people in the middle have no idea what the future holds for them, but the raft builder is already on their raft, and they know the future because they’re creating for themselves.

When you try to build a raft, you will not only inspire yourself to do better, but you will inspire more people to follow your lead to save themselves. You’re not only helping yourself in this time by being proactive, and believing in yourself and a better future, you’re helping others see that, too.

What you cut in costs today, is only relative compared to what it would make you later.

A lot of top producers like to control things, they often beat themselves up for it, because they’re a ‘control freak’. Although being a control freak is a con, being so in control is most likely what make these top producers so successful in business.

People who are in control, like to have predictable outcomes, so they’ll look at their environments and analyze what elements they need to put in place in order to have control over their outcome. This will give them more power and confidence to invest in their ideal outcome.

During this time, because you’re going to look for new ways to control your environment, you’ll actually make your business and yourself more productive and efficient.

Even though there’s a negative, there is always a positive, control can be a positive. A lot of us have our gifts today because of positive influences and control.

Don’t let this ‘in between’ be infamous. You don’t want to lose traction, or motivation or routine. You can’t make an old solution work for a new problem, that will create a lot of fear.

Instead, allow this ‘in between’ to be famous. Learn to listen, adapt and move forward. Be committed to where you’re going, but not how you’ll get there. You will have to see what sticks, what people are reacting to and be willing to switch it up in order to succeed. 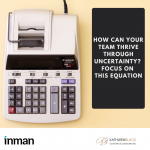 How can your team thrive through uncertainty? Focus on this equation.Articles, Business, Business Consulting, Team Building 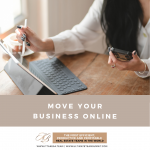